Read two things recently regarding Christian ministry in Buddhist countries. One was an interview one of my students had with a devout Buddhist from his own country. This person was fairly familiar with basic Christian doctrines and many of the differences between Christianity and Buddhism. When my student asked her about what she thought about Christianity, she said that she thought TWO things.

She said the first thing was positive. She noted that Christians she knew tended to be kind. They helped people, and (working in the hospital as she does) she is impressed with how they demonstrate loving concern to fellow Christians, as well as to non-Christians. (I wish all Christians had such an outsider’s testimony.)

She said the second thing was negative. She noted that Christians acted like foreigners where she lives. They dress in foreign clothes. They listen to foreign music. They celebrate foreign holidays, and show little interest in local festivities or cultural values. They tend to look and act like the foreign missionaries who were or are among them, and like the colonizers who have now left.

In looking at the chart above, they would be in the Yellow Zone. The Christians in that region are F-F (Foreign but Friendly). That is not the worst place to be. Still, to this woman, to become a Christian, one needs to reject a lot of one’s cherished culture. 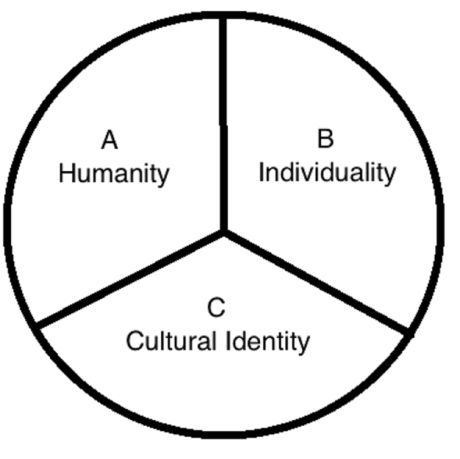 If one considers the Divine mandate that one should love one’s neighbor as oneself, certainly two aspects of such love are Kindness, and Cultural Respect. Jesus explained the love of one’s neighbor with the Parable of the Good Samaritan. It showed such love as being expressed through human kindness that transcended cultural differences. Paul expressed love in terms of tearing down of cultural barriers as well, but the idea wasn’t via one culture subsuming another, but that cultures would be respected an honored. Paul would be a Greek to the Greeks and a Jew to the Jews. The church was wide open to all peoples regardless of their culture, and respecting of their cultures.

So to love one’s neighbor in a different culture, demonstration of kindness is needed but so is contextualization/cultural respect and localization. Sadly, sometimes we can’t even get the first half right. I was reading an article about barriers to evangelism in a different Buddhist country. One of the barriers was aggressive evangelism. One might wonder on this point. We usually assume that evangelism is a good thing and so a barrier is a lack of evangelism. However, often the methods of so-call evangelism are very much “in-your-face” aggressive and argumentative. In many countries arguing is disrespectful— especially so if done with someone older. I recall listening to American short-term missionaries visiting my city here in the Philippines and hearing a very aggressive and noisy presentation of the gospel. One I recall especially well– a young woman screaming (not trying to be sexist here… “screaming” is the correct term) at a man perhaps 20 years older than herself, “YOU MUST BE SAVED!!!!    YOU MUST BE SAVED!!!!!” Of course, he doesn’t HAVE to be saved— and I suspect that “he did not feel the love” from the experience. Reading FB posts from Christians (often Christian friends of mine, frankly) I find it strange how angry, argumentative, and just plain unnice so many of the posts are. FB is hardly a private chatroom with people who agree with everything one says. It is a public forum. Why in the world make people happy that they have nothing to do with your God?

Anyway, if one wishes to share Christ effectively in a different culture… it should be L-F (local and friendly), rather than foreign and unfriendly (F-U). Other options are in-between but still failing on some level to express true love of neighbor.