Recently I have seen a couple of organizations that have as part of their vision statement that they seek to “fulfill the Great Commission.” When people say Great Commission, they are normally thinking of Matthew 28, starting in verse 18, but there are others. Actually, a lot of mission groups have similar statements, it just kind of struck me more

lately. Is there anything wrong with the statement? No… but… well no I guess… but… well… kind of. As I said above, this might be nitpicky, but words matter.

The term fulfill means “Bring to completion or reality; achieve or realize (something desired, promised, or predicted).”

The term fulfill is fine, I guess. The problem is that fulfill tends to center on the completion, not on the doing (I told you I am being nitpicky). What’s the difference? All of the versions (there are at least 6 in the Gospels and Acts) of the Great Commission (if I remember right) describe something one does, not something one completes.

Additionally, Jesus gave some relevant teaching as far as carrying out God’s work, such as Matthew 24:45-51. Jesus there compares two servants. The faithful servant was one who was found doing his job. The unfaithful servant was one who was trying to “time” the return of his master and so was found not doing his job. I can’t help but wonder whether the unfaithful servant, who said ‘My master is delaying his coming’ and so was lazy and irresponsible, came to that state after focusing too long on being ready for his master’s return, rather than being focused on his job.

Again, nitpicky. But I have seen too many groups come up with unreasonable goals (AD2000 movement anyone?) built on a fulfillment philosophy, groups that do sloppy Bible interpretation to justify a “fulfillment” philosophy (abuse of Matthew 24:14 comes to mind), and groups that use short-term strategies rather than long-term programs for change based on focus on some sort of short-term fulfillment (such as “saturation evangelism” versus community development and transformation).

Of course, words are just words. We can have all of the right words and still do poor ministry. We need a solid foundation of theology and motivation to be faithful servants of God. But leave the concept of having the Great Commission “fulfilled” to God.

I added a new Page to this Website entitled “My Books.” Right now it has one book I recently wrote, “Theo-Storying: Reflections on God, Narrative, and Culture.” It also has my seminary dissertation (on medical missions). There is

also a rough-draftish book I wrote a couple of years ago on Wholistic Ministry. Even that book has some good stuff.  I will have to get around to cleaning it up sometime. Feel free to rummage around.

Just look for “My Books” tab at the top of the page.

In Missions and other Christian Ministry, we seek to develop and increase faith in others… but do we seek out healthy faith, or unhealthy faith?

In Pastoral Care and Pastoral Counseling, it is generally believed that the faith of the individual can be a vital part of the healing process. This belief is built from a more fundamental assumption that faith is healthy. Yet, what is faith? 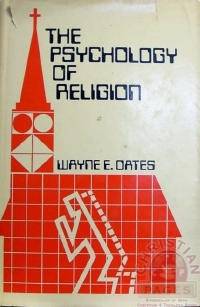 One of the best works I have seen on faith was written close to 40 years ago. Wayne E. Oates, a Christian Psychologist (and writer and seminary professor) wrote a book in 1973 called The Psychology of Religion. The final chapter (19) is titled “Toward a Psychology of Faith.” As a Christian, Oates valued faith. However, as a Christian Psychologist, he understood that some understandings of “faith” (both inside and outside of faith communities) may be psychologically destructive. So Oates sought to find a good understanding of the Biblical view of faith, informed by psychology, while avoiding unhealthy faith (or unhealthy things that are called faith by…

<The following is the introduction to a book I am writing titled “Theo-Storying: Reflections on God, Narrative, and Culture.” Still working on it.  Hope to finish it in early 2013.>

“In the beginning, God created the heavens and the earth.”

This is how the Bible starts. The term “in the beginning” (b’ereshith) has a subtle mystery associated with it. The beginning of what? Here are a few possibilities.

I am not sure we always have to choose one interpretation. I certainly believe looking at the Bible as a story holds merit. A story is

“an account of characters and events in a plot moving over time and space through conflict toward resolution.” <<<Gabriel Fackre, The Christian Story, rev. ed. Grad Rapids, MI: Eerdmans, 1984), 5>>>

The Bible obviously has characters and events, which takes place over time and space. It moves through conflict to resolution. To me, the bigger question is whether there is a plot. A plot to me suggests a couple of things. First, it suggests intentionality. A recording of stuff happening does not make a plot. A plot, for fiction, involves crafting of events in a coherent fashion so that the early events link, and mean something, within the timeline of the story. In non-fiction, history, events are chosen and displayed in (again) a coherent fashion to give the events meaning within a timeline.

The dual qualities of fiction and non-fiction are difficult for some. Some focus on the human character of the story where God becomes more of a character and less of an author. On the other hand, some focus on God as sovereign author to the extent that people become nothing more than characters in a play— props–, plot devices. It seems to me that the Bible works in “creative tension” between God as author and God as character.

Second, a plot suggests connectedness. On first reading, the Bible does not appear to be connected. It was written by different people over a long period of time utilizing different genres, in different languages, and set in different cultures. Does the Bible have a sustained plot with intentionality giving meaning to events, and connectedness giving causation of events?

I believe the Bible does describe a sustained and connected story/plot. The plot elements seem clear enough. The most basic flow of a story involves;

-Working out the resolution

The Bible as a story can be seen as

Harmony between God, Man, and Creation

However, the resolution event is more clear. It is the death and resurrection of Jesus. This event provides the clarity to the thread of God’s work in history. The divinity and humanity that is described as existing in Jesus brings the threads together. God is both author and main character of the story. Yet it is our story as well. We are characters in the story. We are also partly antagonist and protagonist. The divine and human are inseparably intertwined.

This book is a look at stories, not a look, primarily, at the Bible. But I believe it helps to start from the grand story and then work to the little stories within the grand story… including our stories.

As an added note, I use the term “narrative” at times, and “story” at others. I will use the definition that a narrative as “the presence of a story and a storyteller.” <<<Robert Scholes and Robert Kellogg, The Nature of Narrative (New York: Oxford University Press, 1966), 4.>>> One could argue the necessity of an audience. However, a narrative may still exist without an audience. Perhaps it is best to say that an effective narrative or an effective story has an audience.

Dr. Soong-Chan Rah of North Park Theological Seminary speaking at chapel of Fuller Theological Seminary on “The Next Evangelicalism: Appreciating the Multicultural Church” (November 7, 2012). Dr. Rah uses the Jerusalem Council in Acts 15 as a model for understanding “a world that is becoming increasingly multicultural  and how the church responds to this very dynamic time in our nation’s, as well as our world’s, church history”.

The following is my summary and notes from his lecture.

The question is not whether the world is changing, but how Christian Americans will respond. (Click to Tweet)

Article that was originally published in “Bukal Life Care Journal” (2012 edition). Go down to the post listed at the bottom of this post if you wish to download the entire e-journal.