Taking the ideas of Part 1 through 3 further (see links below), I would like to extend it to Incarnational Missions.  See the figure below (Figure 6) 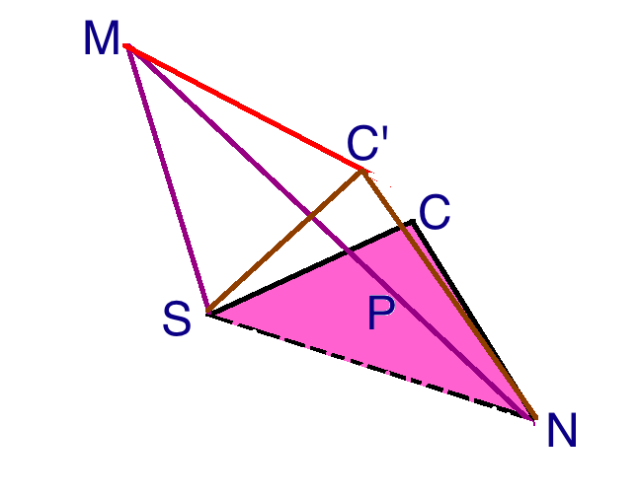 In this case N, S, and C stay the same (natural world, society, and culture respectively). P again is the people group in that particularly moment. M is the missionary.

Incarnational Missions involves integrating into people group so as to impact them. This happens on three levels.

1.  Relocation. The missionary must relocate into the natural world of the people group he is working in.

2.  Societal Role.   The missionary must find a role in that society that will be accepted. This may be a learner, a teacher, a businessman, or something else. Failure to find a role that is understood and appreciated will greatly harm impact since it is likely that the society will find a different role for the missionary (foreigner, stranger, troublemaker).

Up to this point, the missionary does not have much impact because there is no change to the natural world nor the society of the people group. But this changes when we get to the third area.

In case this is confusing, lets go back to the game analogy.

1.  The individual must join the team (people group). This includes relocating physically to the team.

2.  The individual must abide by the rules set for the game… finding a role that is needed and appreciated on the team.

Of course, changing culture will ultimately affect society and the natural world (there is a fluidity to all of these things after all), but I would suggest that the message starts from culture and values of a people group.

Some Thoughts on Culture and Communication, Part 1

Some Thoughts on Culture and Communication, Part 2

Some Thoughts on Culture and Communication, Part 3