In my Theology of Missions class, I asked my students to present their metaphor for missions. We do that for pastoral care in CPE (Clinical Pastoral Education) but this is my first time doing it for a Missions class. A metaphor links together two disparate things… typically one abstract, and one concrete. I shared my metaphor to give them an idea. I chose “Walking With.” It is “concrete” to the extent that it is directly observable.  Anyway, this is what I shared. Looking forward to hear what my students came up with. 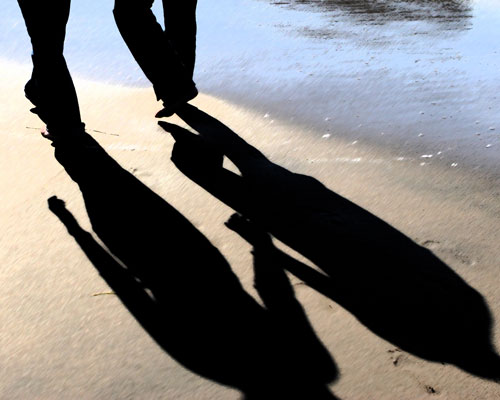 The metaphor that strikes me for missions is “Walking With.”

While a metaphor does not have to be based on the Bible, this one has strong Biblical Roots.

2.  Agreement. As Amos 3:3 notes… two cannot walk together unless they agree. The relationship is by mutual agreement. Jesus call to missions of Peter, Andrew, James, John and others was built on the call “Follow Me.” Micah in Micah 6:8 says that we are called to “walking humbly with” God.

3.  Movement/Process: Walking implies not so much a state of being, as much as a process. Life and faith and mission are not so much a place or destination… but a dynamic moving along a path. The early church saw the Christian life commonly as those on the narrow path, as opposed to the wide path. As such, a Christian is not sitting in a place, but actively on a holy quest… a pilgrimmage.

4.  Direction:  Walking has direction… a path that one goes on. It could be a trail newly blazed, it may be a well-worn path… but it goes somewhere. Psalm 23 sees God as a Shepherd who guides us in the ways of righteousness… even when those paths may lead us through the valley of the shadow of death. Likewise John 14:6 describes Jesus as the way. While the way in this case could be seen as the access to God, it is consistent with the idea that our life is a path, and Jesus provides that path to go.

5.  Commonality of Place and Time. Walking with means that two or more share a place and time on the path. As such, the path has more than direction, but a NOW, as well as a PAST, and a FUTURE. Walking with Jesus means that in its fullest sense, He is with us.

Our life exists in both space and time, and God is with us in the same manner. So we look back on our life to see God with us. We can look now as ones inhabited by God… and we can look to the future with full expectation that not only will God be with us, but in line with Proverbs 3:5-6, He is at work, making straight our path.

So how does this metaphor inform my theology of missions?