I was reading an article on Lausanne.org.  I must 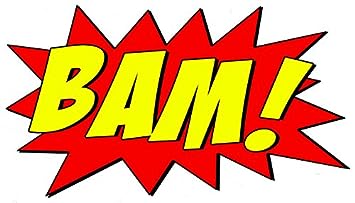 admit that the reason for me reading it was because they referenced an article I wrote years ago. I have never really written on Business as Missions. However, I wrote on the use of merchant traders on the Silk Road, who were used by Nestorian mission teams in the funding of missions, and the spreading of the Christian faith across Asia in the first millenium. This early implementation of (intentional) use of business for missions has inspired some to see this as an important inroad to “Creative Access Countries.” But the article also goes on to suggest that there are other benefits to “BAM” than simply a platform.

I don’t plan to rehash the Lausanne article. You can read the article HERE

Additionally, if you want to read my article on Nestorian Missions, you can read it THERE.

But I would like to hit on a couple of minor things.

FIRST.  What is “Wealth”? The article came as the result of a gathering  The Role of Wealth Creation for Holistic Transformation. The “wealth creation” language would appeal to business, and Christians associated with business. It also can appeal to those who embrace Prosperity Gospel.  However, the article clarifies what it means by wealth.

First, we must define wealth creation and wealth creators. Creating wealth today is often seen as some people getting obscenely rich while others remaining desperately poor. Is wealth creation just about making money, investing in the stock market, for instance, and passively watching your money grow? Maybe, but our definition of wealth creation is broader than one person or one family earning money. Creating wealth typically begins with the family, transmitting values of work and creativeness that result in unique and salable products or services. Human ingenuity and creativeness, as well as natural resources, create wealth. But wealth is more than having a surplus of money. True wealth is the ability to fully embrace our Creator’s world complete with relationships, helping others to create wealth and having a sustainable and scalable wealth creation model. Deuteronomy 8:18 reminds us that it is our God who gives us the capacity to create wealth. God intends material blessing for us, but we must remember him in the midst of all our creating.

-From “Wealth Creators’ Contribution to Holistic Transformation” Section 1 in the webarticle referenced above at Lausanne.org

I don’t have a problem with the definition, except that I personally prefer terms that are not so easy read as “MONEY.” It would be nice if there was an English word that embraced this concept better. Wealth and Prosperity sound too much like they relate to MONEY and STUFF. On the other hand, well-being, flourishing, and shalom, seem a bit too far to the other extreme— kind of abstract. Christians struggle with abstract constructs, but they also struggle with terms that sound like they mean something different than they are being defined as. I hate the theological expression “Total Depravity of Man.” not because it doesn’t have some theological, but because it seems to say something very different.

As far as “wealth,” I am not sure the answer. But Christians need to be educated what wealth is and is not as far as a theologically, Biblically responsible understanding is concerned.

Second, I found a quote on missions in Albania interesting:

Many Albanians embraced the gospel, but the work of the missionaries did not include business. The West typically supported new pastors and the church was vulnerable to social changes. In 1997 during a period of extreme civil unrest bordering on civil war, all the Christian organizations except Catholic Relief Society left Albania. The only other NGO that was continuing to work in the country was the Albanian Education Development Project of Soros. That gap left people feeling abandoned by the church and the West. There were a few local pastors, but they had no income. The church that is dependent upon foreign money is a weak church both for its own structure and also for its ability to affect its community for Christ.

It has often been a concern as to what to do when things get difficult. Do missionaries stay with the people… or run away. This is not an easy question to answer. While it may sound correct to demonstrate God’s love by maintaining a ministry of presence during times of trouble, it may prove unconscionable for a mission organization to tell its workers to stay in a place of great danger.

But this section pointed out a second concern. Much of the help was either spiritualistic without addressing social concerns (Bible production, discipling, preaching, churchplanting) or relief work. The problem was that much of that work was ill-prepared for the missionaries’ absence.

In the case of Albania, work was not done to ensure the Christians there were self-governing, self-propogating, and self-sufficient. Missionaries must always be assumed to be temporary. As such, one of the most important roles of a missionary is to prepare for their absence, and the absence of whatever support they give.