I was watching a TED Talk of Megan Phelps-Roper. 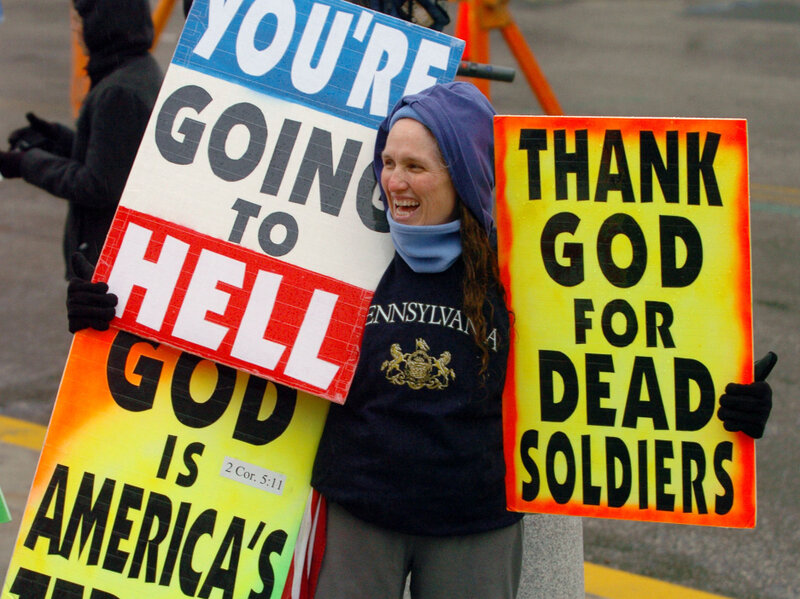 Megan Phelps-Roper grew up in the church, part of the Phelps clan that founded and dominate the membership of that church. She actively supported the activities of the church but in her Twitter conversations with people who were part of groups that she was trained to hate, she gradually saw things differently. Today she supports open dialogue between different religious and politcal groups. I found two interesting things in her short presentation.

First, she noted the possible value of Social Media to break down barriers. She noted how social media helped her to see others differently. I found that surprising. Years ago I spent time on the religion forum of Compuserve (yes 30 years ago). We did talk to each other– people of other faiths. But we had people who maintained “decorum on the forum.” That was because there were people who loved to “flame.” They loved to attack other people. Seems strange that people who are interested in religion would want to attack each other— but history doesn’t lie. I actually got reprimanded once on the forum for using the weird and childish term “royally pissed.”  But over the years, and especially with most social media having little enforcement of standards of any sort, the situation has gotten worse. Trolls abound, and the comment section of many sites are just filled with mindless rage, vulgarity, filth, and generally ‘trollery.’ Why would they do this. I don’t know for sure, but as my youngest daughter said just tonight, “It is hard for people to see others as people behind a wall of text.” I find it strange that social media, a realm dominated by confirmation bias and pushback, could be a place to find acceptance from others. But as Megan noted, some responded differently than she expected. Some that she expressed hate against, responded in like manner reinforcing what she already thought about them (no surprise there). But some responded differently. That different response gradually led her to question what she believed.

Second, she listed four simple guidelines for cyber-dialogue. I like collecting lists for interreligious dialoge. This 4-point list has merit, and has the advantage of being pretty simple. I will list them with my own spin as commentary.

Megan Phelps-Roper is not a practicing Christian, and she would not now describe herself as a Christian. She saw Christianity (in the broadest sense of the term) at its worst. I can hardly condemn her for turning away. Condemnation has little value anyway, as has been shown over and over at Westboro Baptist Church.

You can see the short video by CLICKING HERE.