Here are a few vignettes:

1. Prosperity. I was in chapel at seminary, when an outside pastor spoke… he was talking about how God wanted all His children to be (financially) rich. He then added, “Some of you may not like me saying that, but it is what the Bible teaches.” Well, I am not sure I would “not like him saying that” if the Bible actually taught that– I don’t really want to be rich, but I suppose that if God felt compelled to try to make me rich, I am sure I could give enough of it to others so that I could be comfortable financially without the unpleasant problems associated with being rich. 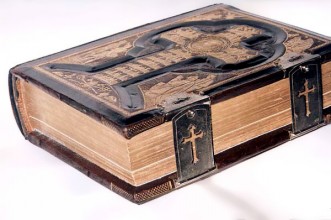 (I have heard pastors say that “You can’t outgive God,” but I wonder whether they have empirical evidence to support this.)

My problem was that it did not seem to me to be Biblical at all… “NOT what the Bible teaches.” This preacher, and others from his church appeared to have a special affinity for Deuteronomy as well as the Book of Proverbs. Perhaps if those were the only two books in the Bible, his point might stand. But one must also deal with some uncomfortable books as well, such as Job, Ecclesiastes, Jeremiah, James, Hebrews, I Peter, and much of the Gospels and the Minor Prophets. Now, if one read those books alone, one might conclude, along with Liberation Theologians that God specially favors the poor and oppressed— rather than the rich and powerful. Additionally, one could pick numerous passages in the Bible, and make as compelling of an argument that suffering is the reward of righteousness, as money. And there are passages in Ecclesiastes, the Psalms, and Gospels that suggest that good things as well as bad seem to happen to both the good and bad with no discernible reason.In the end, we need the whole of Scripture, and the integration of the whole of Scripture is a theological process.

2. Calvinism/Arminianism. I was reading an article by a Calvinist (or Neo-Calvinist or whatever term you choose). He was speaking of Calvinist Theology, and then said that another term for this type of theology is “Biblical Theology.” The implication is that if one takes the Bible seriously in developing one’s theology, one would be a Calvinist. Now personally, I am neither Calvinist nor Arminian. There are too many verses that show God’s prominent and prior work in our salvation for me to wholeheartedly embrace Arminian Theology— but there are too many verses that point to human responsibility and the requirement of Man to make a salvific choice for me to be comfortable with Calvinism either. The truth appears to lie in the tension between these extremes. I just do think that those who embrace the extremes have not been intellectually honest with the whole of Scripture.

I recall with some amusement a blog conversation of Calvinists discussing how best to interpret John 3:16 in line with Reformed Theology. Some appeared to intelligently engage the verse. Some got into some seemingly (to me at least) irrelevant arguments about the difference between “whosoever believeth” and “whosoever already believes.” But there were a few that threw aside any pretext of good hermeneutics and essentially promoted rewriting the verse to be consistent with TULIP. Frankly, any attempt to make a verse fit a theological schema is dubious. At its worst, it is trying to containerize the Bible within a (quite old) theological box.

3. Counseling. I serve as Administrator of a pastoral care/counseling center in Baguio City, Philippines. We seek to integrate a theologically informed historical pastoral care with a psychologically/sociologically informed clinical pastoral care. However, some argue vehemently against this strategy. Some of them are part of what is called the Biblical Counseling Movement. Now, there are a lot of different counseling methods within that broad movement… some I find quite commendable. However, others are far less so. For example, within the Biblical Counseling Movement, there is the classic Nouthetic Counseling methodology. I would argue that it (especially in its early forms from the 1970s and 1980s) were not only not particularly Biblical, but arguably quite sub-Biblical. It tended to ignore some of the most common sources of human psychoemotional and spiritual miseries- limiting mostly to behavioral sins of the counselee. This minimizes the consequences of beliefs or heart attitude, of being sinned against, and of living out the consequences of residing in a fallen… broken… world.

4. Family. There has been a lot of talk about “Biblical Manhood,” “Biblical Womanhood,” and the “Biblical Family.” Some supporting these issues have good things to say that correctly challenge common trends today. However, some take very doubtful theological positions, I would argue much worse than simply doubtful, such as unilateral submission, eternal submission within the Godhead, and an essentiallist view of gender temperaments or personalities are theological ideas created to support a bias. The result, in its more extreme forms, seems to tend toward 19th century American culture or even 19th century Arab culture, than 1st Century Greco-Roman church culture, or 5th century BC Hebrew culture. Of course the goal should be none of those four dead cultures, but a proper understanding of family (nuclear and extended) with range of roles that are God-honoring and culturally beneficial for the 21st century.

5. Politics. I got an invite to follow a twitter account that supports “Biblical Politics.” Some of the stuff I disagree with (Is it really “Biblical” to support a large military budget— I could pull quite a few verses to challenge that point, if I wanted to). But even the ones that I agreed with, I still felt shouldn’t be called “biblical” positions. Even if I am sympathetic to the idea of strong property rights, individual freedoms, and low taxes… are these positions really more biblical than, a strong communitarian view of property and rights, as well as care of the needy through taxation of the rich? I really felt that these views that were called Biblical were little more than views that sub-culturally made sense to the individual, and then was justified by cherry-picking Bible verses.

I would argue that there are good reasons NOT to ask the question “Is it Biblical?” or to say that one’s pet beliefs are “Biblical.” Rather, one should ask if it is Theologically sound.

Theology is the reflection on Divine Revelation through a cultural perspective. To say it is Biblical tends to mean that one found a verse in the Bible that sounds supportive of one’s position. To say it is theological, means (hopefully) that one reflected on the situation within context, in a Biblically thoughtful manner.

I have been getting hundreds of hits to this blogsite because many think that it is related to MMM-Global… a financial scheme (seemingly a Ponzi scheme). 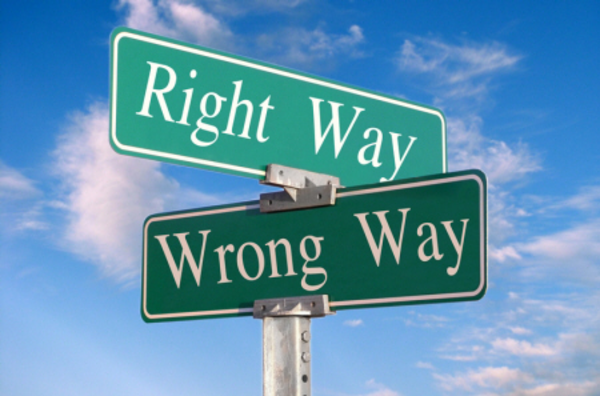 I hate to disappoint but I have no connection with that organization. This is a Christian missions blogsite. I am a missionary and a professor of Christian missions, and the administrator of a Pastoral Care Center… all in the Philippines. I put here articles related to my my reflections as they broadly relate to Christian missions, ministry, and theology. If you are interested, beyond this site, I have some other sites that relate to various aspects of the work of myself and my wife.

Bob and Celia Munson      Our own scrapbook of our ministry work.

If you are looking for MMM-Global… or MMM-Philippines… or one of its many other iterations, you need to look elsewhere.