Variation of an old Korean tale (or so I am told). Hopefully, I haven’t abused the story too much:

Many years ago, schooling was done far differently in the rural villages. Young boys would gather under the tutelage of a wise elder who would instruct them. Special emphasis was history, traditions, ethics, and discernment. 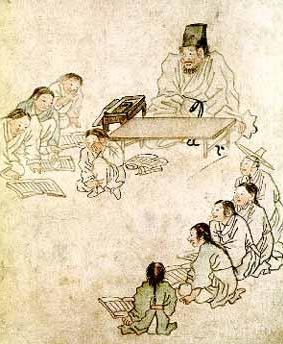 On this particular winter day, the boys were rather unruly. They had been taught to respect elders and demonstrate honor by quietly listening and answering when asked. But boys are still boys, and on this day they were not really listening.

The old man decided to challenge them. “I can see that all of you are interested to finish your training today so you can go home. I am very willing to oblige. But you must give me something to demonstrate that you have gained wisdom this day. I want to you to buy me an item. … Now, don’t be worried I will give you the money to buy it. You can buy whatever you want, but it must fill this room.” With that, he gave each boy a bronze coin.””

As each boy received his coin he thought to himself, “What can I possibly buy with such a small amount?  I could get a fair bit of rice with this coin, but not nearly enough to fill the room.”

Each sat quietly and thought. They glanced at each other with confused looks… but did not know what to say. What could fill a room with this little bronze coin? This was wintertime and the sun was already going down well before evening meal. The room started to take on a gloomy appearance as sunlight began to fade.

Finally, one of the boys, Minwu, looked startled as an idea popped into his head. He stood up and asked the wise man if he could leave to purchase an item. With permission granted, Minwu left, to return minutes later with a candle.

The old man looked at the candle. “That is an interesting purchase, but it certainly does not come close to filling the room.”

Minwu ran back outside and returned momentarily with the same candle— now lit.

“Ah,” said the wise old man, “The light from this candle certainly does fill this room. Well done.”

Looking at the other boys, he continued. “The light from this one candle fills the room. A word of wisdom can also fill the minds of all those who hear it… if they are willing to listen. I believe each of you now has the wisdom to know what to do.”

Minwu went home as each of the other boys ran off to buy a candle to light.

**The currency in Korea at that time was the “mun.” However, I haven’t found information on how much one can buy with this coin.