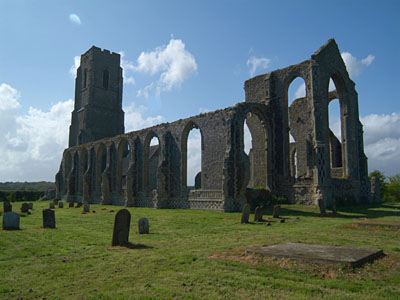 The church works best not as a power center, rather as a countercultural community – in the world but not of it – that shows others how to live the most fulfilled and meaningful life on earth. In modern society that means rejecting the false gods of independence, success, and pleasure and replacing them with love for God and neighbor.
-Philip Yancey, Vanishing Grace: Whatever Happened to the Good News?

In general, the churches, visited by me often on weekdays… bore for me the same relation to God that billboards did to Coca-Cola; they promoted thirst without quenching it.
-John Updike, A Month of Sundays

Let us now examine the religion of the Priest, whose language is, ‘Look to me; to me, in some of my formulas, to me in some of my developments,’ if I may use a favourite expression, ‘and be ye saved.’ In one of these he bids you to look to the Church; she, he alleges, is the directress to heaven, the sure way to eternal joy. ‘Hear the Church,’ he cries, and be happy

Such religion is Churchianity; it is not Christianity. Christianity means the religion where Christ is all; Churchianity, the religion where the Church is all. But what is this Church? let me ask. It is the company of believers, if it be the true Church; the company of the baptized, if it be the visible Church, made up of good and bad, of tares and wheat. But the whole Bible tells us that a church without Christ is a body without a head; a robe, without the Divine wearer; the richly-chased cup, but without the wine.

The greatest danger to Christianity is, I contend, not heresies, not heterodoxies, not atheists, not profane secularism – no, but the kind of orthodoxy which is cordial drivel, mediocrity served up sweet. There is nothing that so insidiously displaces the majestic as cordiality.              -Soren Kierkegaard, Provocations

One thought on “Churchianity”