A nice article from an Orthodox 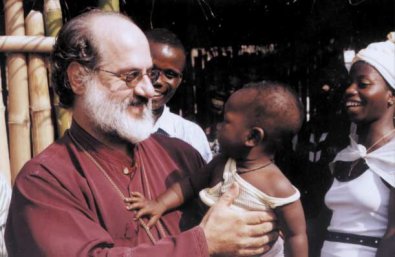 missionary in the link below. The Orthodox church along with other groups associated with the “Eastern Faiths” were by far the most missional in the first millenium (combining in this sense the Greek Orthodox, “Nestorian,” and Coptic churches). In the 2nd millenium, the missions of the Russian orthodox involved an impressive expansion of the faith across Northern and Central Asia and into North America while Protestant churches were still experimenting with the idea of cross-cultural missions.

They were the first groups to respectfully and positively interact with the Islamic faith… and the first (particularly with the Russian orthodox again) to effectively evangelize Muslim groups. They also took seriously issues of translation of Scripture and liturgy, and indiginization of the local church long before these were in vogue in the West.

Curiously, books on Missions commonly ignore Orthodox missions. For Protestants, denominationalism is not really an adequate explanation since many of those same books take seriously Roman Catholic missions.

Anyway, this article helps to explain the omission, at least in terms of fairly recent history.