A statistical research by FASICLD (Francis A. Schaeffer Institute of Church Leadership Development) in 1998 interviewed 1050 pastors It showed that about 30% of the pastors surveyed had (or are having) a sexually inappropriate encounter or relationship with a parishioner. Other studies are commonly lower like around 10%, and one done in 2016 showed it as below 3%. This last number seems quite low. The average in the United States for general population extramarital affairs is around 10-15%. I doubt that pastors are doing that much better than the general population. 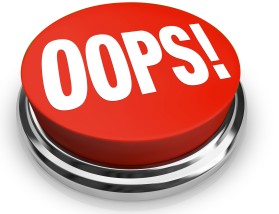 There still seems to be a significant drop in extramarital affairs for  pastors. Lying seems hardly likely to account completely for a drop from 30% to 3%. According to the 2016 study, at least three things were suggested:

But I wonder. Back in 1986, a study by the APA (American Psychiatric Association) found that there was a common series of steps associated with psychiatrist-patient sex. They found a series of steps that consistently showed up. (You can read this article “Psychiatrist-Patient Sexual Contact: Results of a National Survey, I: Prevalence.” by Nanette Gartrell, Judith Herman, et al., American Journal of Psychiatry, 1985, Vol. 143, No. 9.)

The series of steps:

The problem is that in ministerial setting, often many or all of the first five steps are already in play.

So here are some suggestions:

Regarding #5, Scwartz (mentioned above) gives three suggestions, to deal with the issue of transference (and countertransference) in the counseling setting:

Sexual misconduct for a minister is a sin. However, that is only the start, as it has huge ramifications for the minister, family, parishioners, and community. At risk of stating the obvious— it is foolish to be foolish. Balance, self-understanding, and boundaries are important to avoid pitfalls that are still all too common.