My wife is a Disaster Response Crisis Intervention Counselor, and she went with a team from our group, Bukal Life Care & Counseling Center (www.bukallifecare.org) down to Cagayan de Oro and Iligan City in Northern Mindanao, Philippines to provide defusing/debriefing  (and training for others) in the tragedy of the flooding from Typhoon Sendong a couple of weeks ago. Over 1000 have died and many are missing… many struck by flooding and by floating trees and debris while they slept. 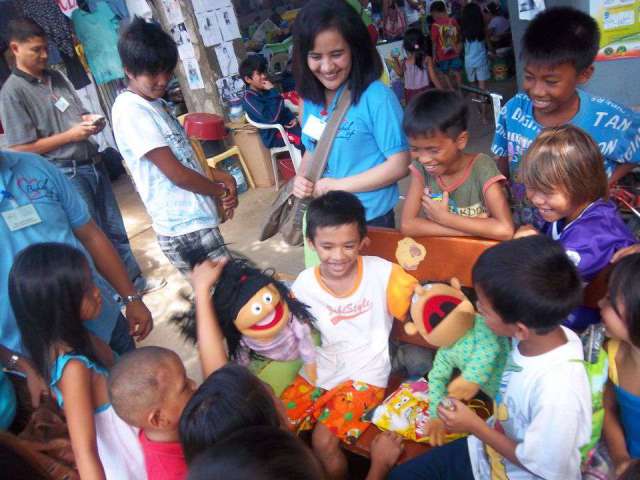 Tens of thousands are displaced and have suffered great material loss. Many were literally washed out to sea. Many disappeared. Others washing ashore on another island… but too far away to be saved.

Their situation reminded me of a learning moment I had many years ago.

Years ago we lived in Virginia Beach, Virginia. My sister and her family would visit us at times to enjoy the warm ocean and beach, getting away from the cold of upstate New York.  We went to Sandbridge in Va Beach. It was a bright sunny day, but it was windy and the waves were big. We don’t surf, but my brother-in-law and I went out into the water. Out far from the beach the water was too deep, and close to shore the water was too rough, but in between is an area of relative tranquility. We stayed there but occasionally we would dive into shore. The water was so rough it felt like we were going through a washing machine. But it was fun and we were strong swimmers so we did not feel like we were in any real danger.

After doing this for awhile we joined our wives to relax on the beach. I laid down and tried to sleep. Then I heard someone come up towards us and said, “Excuse me. Uhhh… excuse me.” I didn’t want to be bothered. Trying to sell me something, perhaps? Try to draw me into a conversation I wasn’t interested in? I pretended to sleep. The other members of our group were either pretending to sleep or maybe were really asleep. After a few moments, the person went away. I was at peace… for a bit. But then I began to wonder what was going on as I heard other sounds I could not so easily identify.

Taking a peek, I saw a group of people at the water’s edge. There was a man in the water in the region between the deep water and the rough water. He was trapped. The others were forming a line to bring him safely to shore. By the time I could respond, he was safe.

I felt bad, as you might suspect, because I could have helped. I had had water safety training in the past, and I was comfortable in rough water. Because I didn’t respond, I hurt someone.

I didn’t hurt the man trapped in the water. He was rescued.

I didn’t hurt the others. They did fine without me.

I didn’t hurt God. He had things under control.

Instead I pretended to be asleep near the raging waters while someone needed rescue.

The church (universally and locally) often pretend to be asleep as well. They focus on internal strife, politics, denominational or interdenominational wrangling, church growth, or fund-raising… all sorts of things, while nearby the waters rage.

I am very happy that so many Christians and churches have stepped up in the Typhoon Sendong disaster. Many of these churches formed “Kagay-an Evangelical Disaster Response Network.” They have organized, and trained to help in their communities. Many have been sacrificial… burning themselves out, in fact… in trying to help both parishioners and total strangers in this time of crisis. We are thrilled that we at Bukal Life have been able to provide training and stand shoulder-to-shoulder in some small way with these committed Christians.

It is good that some commit to be awake and vigilant was the waters and storms of life rage.