I am supposed to preach in church here in Baguio City the first Sunday of February. Thought I would do a reflection on I Timothy 4:12. It reads:

Don’t let anyone look down on you because you are young, but set an example for the believers in speech, in conduct, in love, in faith and in purity. 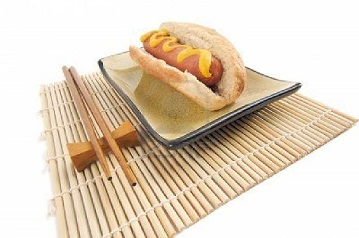 But as I was preparing for my class in cultural anthropology, I realized that one could view the verse as a meeting of East and West.

Western:  “Let no one look down on you for being young. Don’t worry about being an example… find your own path and let others find theirs.”

For the Western imagery… picture a rock… unyielding and unaffected, independent.

Eastern: “Be an example to other believers in your speech and actions… ensuring that you are guided/affected by those in judgment over you in society.”

Paul in his guidance to Timothy places these images in tension. One is uncaring but caring. One seeks to be a conformer without conforming.

What brings these two together is motive and center.

Motive: Goodness. Goodness prevents one from being made ineffective by others in doing what is good. Seeking others to be good motivates one to be an appropriate example to others by being good.

Center: God. God is the judge of behavior (not others).  God is the standard of action and speech around others.

It is kind of a shame that some societies (all societies?) have placed either individual freedom (on one side) or societal conformity (on the other other) in tacit preeminence over goodness and God.  I have lived in the East and I have lived in the West. Both have their problems. We need to bring the two together, with proper motive and center.