How does one contextualize theology while still being Evangelical. I struggle with this a bit.

On one side, I believe that good context theology must have two invariants:  (1) It must be true to God’s revelation. (2) It must be relevant to the culture it is meant to be contextualized to.  The failure to meet the 2nd invariant means it is not contextual. The failure to meet the 1st invariant means that it isn’t good. To the extent that Evangelical Theology upholds these two invariants, I believe that Contextualized Evangelical Theology is a worthy goal. 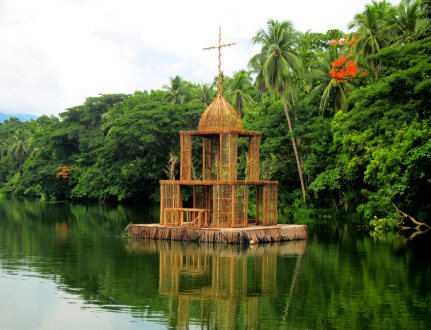 On the other side, I also know that Evangelical Theology itself tends to be strongly contextualized to a British and American cultural sensibility. And frankly, to be true to good contextual theology is likely to strain the definition of Evangelical as it is commonly understood. Is it worthwhile even to add the term Evangelical into the term “Contextualized Evangelical Theology?”  I sometimes have the same issue with some other terms as well. I sometimes teach in a Pentecostal school, even though I am not Pentecostal. I often feel that their desire to hold onto the term “Pentecostal” as they seek to contextualize their faith– even more so as much of their theology here in Southeast Asia has less and less to do with the theology described as the foundation of traditional Pentecostalism. Often the term seems to provide little more than a nostalgic link rather a doctrinal one.

Returning to the term Evangelical, I see value in the term, but acknowledge reticence  in using the term when speaking of contextualized theology since it can suggest a rejection of contextualization. On the other hand, I have met people who appear to believe that the attempt to contextualize automatically involves a rejection of the normalizing beliefs of Evangelicalism. I just don’t see that. Regardless, Dr. Rodrigo Tano, presently the president of Alliance Graduate Graduate School listed several parameters in “Toward an Evangelical Asian Theology.”

Some perhaps a bit questionable things:

Actually, these concerns are rather mild… a modest critique.

However, I do wonder about the overall tone of the list. I recall a Filipino theologian here stating that Tano is not so much a Contextual or Local Theologian as a translator of Evangelical Theology to other cultures. Certainly this list points to that idea. Items 1-5 emphasize maintaining Evangelical distinctives. Item 6 is to contextualize. But in Item 6 there seems to be more caution associated with contextualiztion than affirmation of its importance.