Celia and I have gone through our most recent 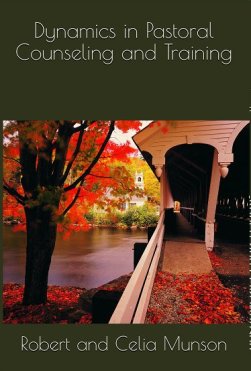 book, Dialogue in Pastoral Counseling and Training, and made a few modest changes. Some of these were fixing small glitches. Played with the structure in spots as well. I think the book is stronger now.

Yes, I know that this blog is MOSTLY about missions, and this particular book is more for training chaplains and pastoral counselors. I have noted that there is a strong overlap of pastoral care and missions, despite the seeming opposite goals. Several of the chapters are quite relevant to missions. The most obvious one is doing pastoral counseling in different cultures. However, theological reflection, group dynamics, family dynamics, and supervisory relations are just a few of the topics that are quite relevant.

As of January 6, 2020, the update of the book has already taken effect for the Kindle version on Amazon. I assume that the paperback version will have its changes approved and available no later than January 9th.   The Book is Available by CLICKING HERE.

By the way, the next book, I think, will be back to being more formally missions. The topic would be Mission to Samaria. The overarching theme of the book is on missions that focuses on the neighbors we tend to ignore. Anyway, that is enough for now. Hopefully, it will happen this year. Still need to work on the online courses for Pastoral Care, and for Cultural Anthropology. I probably should do that before I work more on the new book.